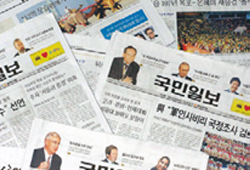 Yoido Full Gospel Church founded the daily newspaper, Kukmin Daily News, in December, 1988 to be used as a medium for evangelism through printed media. Kukmin Daily News follows a vision to spread the Good News to the ends of the earth; evangelize the whole nation and to construct a society of love, truth, and humanity. They offer Christian perspectives on politics, the economy, social issues, and various fields of society. Kukmin Daily News is read joyfully by all Christians, who, trans-denominationally, function as the salt and light of the world, and create a new history for Korean media. 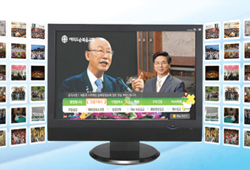 The broadcasting ministry of FGTV humbly began with Pastor Yonggi Cho’s sermons being broadcasted by FEBC (Far East Broadcasting Co.) in 1966. His sermons had so many listeners through radio broadcasting that in 1979 and 1980 it was ranked No. 1 from a survey of the national audience's preferred programming. Many people across the country listened to his sermons and accepted the grace of salvation through Jesus Christ.

Sermons were also broadcasted on television and became another platform of evangelism to all parts of the country. In 1982, through a special project of KCWC, a TV production company in the U.S., the live Sunday Service of Yoido Full Gospel Church was broadcasted simultaneously to 25 countries via satellite, which included America, Canada, China, Japan, Australia, New Zealand, Mexico, Israel, Hong Kong, Philippines, South Africa and more.